Try the products at home

From Denmark (EU) to Europe & USA

Longer expedition time must be expected

Choose cable color and length above (rating is displayed in parenthesis)

Which Power Bank capacity (mAh) should I choose?

For example the iPhone 12 has a 2815mAh battery, so divided up with a 10000mAh Power Bank, will theoretically give you 3,55 full recharges.

However it also consumes energy to actually transfer / convert the power - both in the Power Bank and the recipient device. Secondly, there is also a natural loss in the cables and factors such as temperature, humidity, and not least wear on both ends come in to play.

In other words, you can not just divide the PowerBank capacity with the devices battery capacity. A rule of thumb says that about 20% goes to the above.

Finally, one should also remember that if the device is ON while being charged, it also means up to double power consumption. In this case the Power Bank both have to charge the battery and keep the device operated at the same time.

A cheap / inferior / standard Power Bank will typically have a significantly poorer energy efficiency than a good Power Bank. Secondly fake rated PowerBanks are very common in the market.  All Chill Power Bank is specified with real capacity indication.

I tried a Power Bank in a different brand with fairly poor performance. Is Chill's any different / better?

The two most expensive parts in a Power Bank is the battery cells and the Microchip (optimization and safety). The battery cells constitute up to 80% of the production cost. If a manufacturer will sell cheap power bank, then it is here to save!

So the majority of cheap standard Power Bank on the market are therefore either equipped with cheap battery cells, poor security / energy optimization and / or even with fake rated capacity (mAh). It's incredibly easy for a manufacturer to make a nice design, put 5000-8000mAh cheap / low cells in it, and indicate and sell it as 10000mAh. How will you confirm you've got the listed capacity?

PowerBanks from Chill use handpicked A-Grade cells from renowned battery cell manufacturers. Secondly all models are equipped with energy-optimized micro-chip control and safety. So Chill's Power Banks have virtually no self-discharge and will retain its capacity much longer.

Obviously they might cost a bit extra, but it pays off. You get a much better price vs performance ratio - like with other energy A rated appliances.

Will Chill's PowerBanks support my devices?

Chill's PowerBanks works with all equipment capable og being charged via USB. Virtually all modern Smartphones and iPad / Tablets, cameras, GPS devices, Bluetooth devices etc. is using one of the various USB connectors for charging. If you already use a USB charger / power supply with your devices, then you can also fit your regular USB cable in the Power Bank instead.

The PowerBank itself is also being recharged via USB. Just connect it to your ordinary USB charger / power supply which came included with your Smarthpone / Tablet, a USB port in your computer or any other USB charging source / power supply (sold separately).

So for optimal capacity usage, the electronics need to know the battery cells current full and empty levels. This is normally measured continuously during full charge/discharge cycles (Full cycles are not required for daily use with a decent Powerbank)

For the same reason, maximum capacity usage is only achieved after 3-5 full cycles when new! Also Actual capacity is gradually affected over time when used etc.

If you experience the capacity estimation seem a bit imprecise, it is basically just a matter of during a full cycle for calibration. You can follow this approach:

The Power Bank is now calibrated and can be used normally again.

How long is the lifespan of a Power Bank?

A Power Bank is basically a Li-ion or Li-Polymer based battery wrapped in electronics, which then enables use via USB standard.

The lifespan of the batteries themselves depends largely on the cell quality, but also on the operating conditions.

Cheap / standard Power Bank also have cheaper cells inside, and usually the capacity will drop rapidly after just a few months.

Better Power Banks are designed to theoretically deliver 300-500 charges / cycles and will typically still have +50% capacity remaining after this. Depending on the use and conditions a lifespan of 1-3 years is usually to be expected - however this is also a huge interval!

Operating conditions have a crucial effect on battery cells lifespan, so you must follow these guidelines to maximize the life:

Can I bring a Powerbank on airplanes?

Yes! Most airlines allow to bring 1-2 Powerbanks under 100Wh (<27.000mAh) as carry-on hand luggage. Higher capacity Powerbanks usually require special permission from the airline. Powerbanks are usually not allowed in the checked in luggage.

How powerful USB charger should I use with my equipment?

It's always the connected USB devices which control how much power it will draw from a USB charger - not the other way around. So you can not buy a too powerful USB charger, thus damaging the equipment.

The more powerful USB charger, the more power the attached devices will also be able to draw, and thus obtain the potentially fastest charging time.

If a USB device is designed for maximum Max 1A input, it will not be able to draw more than this, just because you connect it to 2A based USB charger instead. However, there are big differences in quality of USB chargers (and cables), so by using a better / stronger USB charger you wil ensure it actually also have enough power available. Secondly the conversion efficiency is also typically better, in better/stronger chargers, so it will overall also lower the electricity bill.

Many standard / cheaper USB chargers specified for example with 1A/2A Output will in real life only be able to deliver 70-80% of this. So by using a stronger quality USB charger instead (eg. With 2.4A/3.4A output), the attached devices will thus able to draw it's full potiential, and thereby actually charge 20-30% ​​faster.

Apple products do not follow the regular USB standard and therefore USB chargers typically needs to be optimized for either Apple products or others, like Android. This limits the functionality significantly.

Secondly some USB Chargers / Powerbanks har multiple ports with different output ratings (ex. 1A and 2A)

With Smart-IQ Auto Detection the connected devices will be automatically detected as Apple or Non-Apple, and thus all USB devices will have full functionality on any available USB ports.

My Apple device say "not charging" when I use it with non-Apple chargers?

It is normal for Apple products depending on model, IOS version, cable etc. to say "not charging" when non-Apple chargers / cables / power bank etc. are detected. Apple primarily want you to use their own products only. However they should still be able to be charged!

One should actually just make sure that the USB charger has enough available power (Ampere output) for the connected device(s). If a USB charger can not actually deliver the needed power, the charging will thus also take longer.

In addition, cable length and quality also affect results. It is NOT given that USB cables can deliver the full potentiall needed by the  attached device.

No products will draw their maximum input power during a full charging cycle. This fluctuates with the battery capacity (typically only high power between the 30-70% battery), cable quality and length, temperature / air humidity and other conditions they might be designed for.

So charging time can vary according to the conditions. Typically mainly fluctuates based on remaining battery capacity and cable used (if you use different cables, you might notice different results). Last but not least, many cheap / no-name USB chargers are not able to deliver their specified output ratings.

When should I consider a USB-PD (USB Power Delivery) and/or Quick Charge capable USB charger?

Your equipment should be decidedly USB-PD (USB Power Delivery) and/or Qualcomm Quick Charge compliant to charge faster on a USB-C PD and/or a Quick Charge charger. Check your documentation on your various devices (Many newer hi-end Smartphones and tablets etc. has a USB-C connection, however this does not necessarily mean they also support USB Power Delivery. iPhone +12 support USB PD).

Why should I buy a USB charger from Chill?

USB chargers are available in many grades and price points. It is basically not products which people care much about, despite typically used daily. Therefore, most USB chargers are made with a focus on price, and that means they typically compromise on performance, conversion efficiency and safety features.

If you use a USB charger daily, then a USB Charger from Chill could quickly pay for itself, due to electricity savings. They all offer a higher conversion efficiency compared to most original / cheap / no-name USB chargers.

USB chargers are basically cheap to produce, so we think it is simply foolish to cut corners just to save a few bucks. The price difference between a cheap / poor USB charger and a high-quality real rated USB charger with good safety is minimal.

What about cheap USB chargers from foreign trading platforms?

1. The output rating (ampere) is not credible. They often can not deliver the promised output continuously.
2. The safety is questionable, as this represents a large part of production costs. Often they are fake CE / FCC marked. It is expensive and difficult to meet CE safety regulations, which is required in EU. You can be pretty sure they do not spend these money on a cheap USB charger - but it is very cheap to just print the CE mark.

Besides the increased risk for short circuit, fire and shock it also affect the attached equipment. Cheap/poor USB chargers usually also have a lot of electronic noise/fluctuations (Ripple), which will cause unnecessary wear and tear on the devices and batteries.

In general USB Chargers are inexpensive, so don't cut corners on safety. Stick with reputable EU based brands/sellers like Chill to ensure higher quality and safety.

5 other products in the same category: 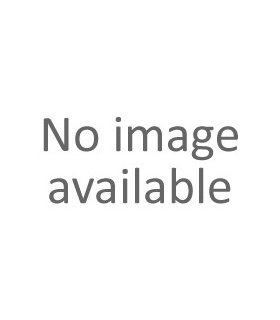